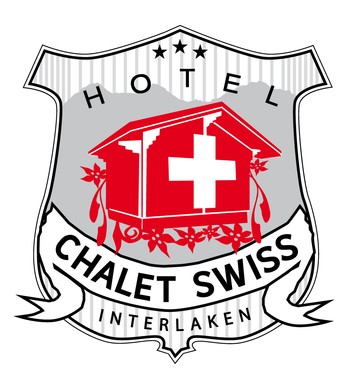 The creation of the main building of Hotel Chalet Swiss as it now appears goes back to the last century. The original plans – drawn using imperial measurements, and painted in watercolours - was designed by Johann Moser, master carpenter from Matten. The result was a stately farmhouse, built in the years 1862/63. Principal constructor at the time was governor Jakob Ritschard. Today you will find in our dining room one of the two original tiled stoves* designed with seating space, dated with the year it was built and name of the builder; true witness to old handicrafts. According to old documents found, we assume that the main amount of the timber used in the building was felled and transported from the region above Brienz. The huge logs were then floated on the Lake of Brienz arriving downstream to the mouth of the river Aare, and from there to Haberdarre (Goldey), at this point they were loaded onto road transportation and carried down the present-day Seestrasse. By completion of the house, the level of wood shavings apparently reached the same height as the construction itself…..much to the delight of the neediest families in the neighbourhood who were able to gather left over pieces of wood.

Jakob Ritschard the builder took over residence with his wife Margrit once the house was completed; he was also advocate and governor at that time. The local minister of Unterseen became a resident. A maid and a doughty farm labourer also lived in the house whose farm work it appears was so appreciated that they were able to live lifelong in the Family Ritschard house.

Already in the second half of the 19th century, Frau Ritschard was apparently renting out rooms in the 1st and 2nd floors to commercial travellers and visitors. Our present small dining room was in earlier times used as a registry office and adjacent a chancellery office.

Otto Rieder, a Cantons agent for Swiss housing insurance acquired the house in 1945 and set up offices on the ground floor, made 4 room apartments on the 1st and 2nd floors which were rented out on a monthly basis for up to 50.00 Swiss francs.

In December 1970 Miss Schmidt, a native of Arbon by the lake of Constance acquired the house. Renovation work was immediately started – mainly during the quiet winter months – and in a short time central heating, toilets and baths were installed. All of the rooms were rebuilt with new floors, walls and ceilings.

Miss Schmidt decided in 1977 to take a daring step forwards, regardless of the economic gloom of the period. To the west of the existing house, she had a new room section built. Not long after that, the roof section was extended. By this time the hotel has more than 31 rooms, to a large extent with baths or showers and toilets.

In 1982/83 the previous owner went again a few steps further. She made plans with the architect Peter Marti locally known from Unterseen to create a brand new building to the rear area in what was then the garden. This new building had of course to be able to meet the most up-to-date requirements that hotel guests demand, a large number of rooms that would not conflict with the main chalet style hotel. Looking at the finished building today one can state that the link from old to new was successful.

In 1985 I put in my appearance with Miss Schmidt, and started my job as her assistant. She withdrew from active working life at the beginning of 1993, whereupon I took over all duties as hotel manager.

On April 1st 1999 my wife and I after lengthy negotiations were able to acquire by purchase the hotel Chalet Swiss; it has been in our possession since then. My main desire now is to restore as much of the old structures and parts of the building that unfortunately over the past 50 years have been hidden or transformed.

The Hotel Chalet Swiss now has in total 52 rooms, all complete with en-suite bathrooms. During maximum allocation of the rooms we are able to offer up to 120 guest’s accommodation. From the guesthouse of days gone by we have grown to become a holiday hotel for the European traveller, and for the passer-by.

We compile yearly over 20,000 overnights with an international clientele. Some 14 employees permanently in service process e.g. 75 tons of laundry and until the closure of our "à la carte" restaurant we served as many as 8,000 portions of fondue “Bourguignonne” in one year.  As another example, in 1999 my team carried 13,000 guest suitcases up and down our stairs. Since 2014 we are again a Hotel Garni (bed&breakfast only). Life in our hotel with its many facets, multi-national guests from so many different cultures brings us daily new experiences and always another surprise.